Cookie preferences
This website uses cookies, which are necessary for the technical operation of the website and are always set. Other cookies, which increase the comfort when using this website or collecting anonymous statistics, are only set with your consent. See our Datenschutzerklärung.
Configuration
Technically required
These cookies are necessary for the basic functions of the shop.
"Allow all cookies" cookie
"Decline all cookies" cookie
CSRF token
Cookie preferences
Currency change
Customer recognition
Customer-specific caching
Individual prices
PayPal payments
Selected shop
Session
Comfort functions
These cookies are used to make the shopping experience even more appealing, for example for the recognition of the visitor.
Note
Statistics & Tracking
Affiliate program
Matomo tracking
Track device being used
Categories
Information 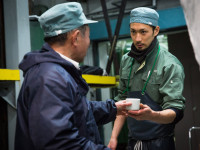 The Tedorigawa Yoshida Sake Brewery was founded in 1870 in Yamashima village, in the Ishikawa prefecture. It is located near Tedorigawa river and Mt. Hakusan, where a castle town flourished as a cultural centre for more than 100 years around the 16th century. The Yamashima village used to be one of the best sake villages, thanks to the water form Tedorigawa river and local rice. At the beginning of the 20th century, the sake from this area was called “Tedori Sake” or “Yamashima Sake” and gained fame throughout Japan. Unfortunately, because of the great depression of the 1930s, most of the breweries in Yamashima village gave up their business and now the Tedorigawa Yoshida Sake Brewery is the only brewery to keep its tradition and history.

Since 1997, the brewery has two Kuras, led by two Tojis (Master Brewers): Teruyuki Yamamoto and Yukinari Yoshida. The experienced Yamamoto Toji took charge of the Tedorigawa series and the young Yoshida Toji the Yoshidagura series. Experienced artisans and young professionals stimulate each other and work together to pass on traditional techniques and make good use of the latest technology. They brew only premium sake to pursue high quality, mainly ginjo with their own polished rice. They also put a lot of effort into Yamahai (old style fermentation starter) and aged sake, which is reminiscent of traditional “Yamashima Sake”. In order to focus their manual labour and craft on the necessary parts of the process, they actively incorporate the latest equipment in the areas that can be mechanized. Now they use an automatic rice washing and soaking device, a rice polishing machine, a nitrogen filling machine for the bottling and a pasteurizer.

A common saying in sake brewing is “和醸良酒-Good sake is brewed by the harmony of people and good sake creates harmony”, a concept dear to the heart of master brewer Yamamoto. He has been making sake for more than 50 years. As with most breweries, passing on skills and knowledge to the successor becomes an issue. Yasuyuki Yoshida, son of the 5th generation Kuramoto, studied in Tokyo University of Agriculture, worked in another sake brewery and studied abroad in UK. When he came back to the Tedorigawa Yoshida brewery, he started to work with the Yamamoto toji. Yasuyuki, learned in the field (the brewers live and work together during the 6 months of the brewing process) and finally became the 6th generation Kuramoto in the Tedorigawa Yoshida Sake Brewery. His journey is very representative of how they transfer knowledge. In 2015, their traditional brewing was the subject of a documentary film “The Birth of Saké” that won several awards.

Tedorigawa series is made with the best quality sake rice of Japan and preserve the traditions of the sake brewing of Yamashima Village. For example the Honryu Junmai Daiginjo is brewed in small batches with highly polished 100% Yamada Nishiki, the ‘king of the sake rice’. It has elegant aromas of white blossoms and honey. Silky and supple on the tongue, it rolls smoothly down the throat. The taste is soft and straightforward with a long delicate finish. This sake goes well with a wide range of fine food that bring out the pure taste of the ingredients. J.D.G 1996 is slowly matured for over 20 years. It is a low-alcohol aged sake with 13% vol. that brings a pleasant sweetness and sourness with a rich and mellow flavor that lasts long, leaving a delicious aftertaste.

Returning to the concept of local sake, Yoshidagura brews sake with rice grown around the brewery, water from Mt. Hakusan, and self-cultured Kanazawa yeast. Today's sake brewing consumes energy and sacrifices water and nature. Rather than indulge in such a "luxury", they aim for "sustainable sake brewing" that respects nature and the cycle of the earth. The brewery has its own wastewater treatment facility, uses recycled bottles, as well as CCFL light and solar panels which replace one-tenth of the total power needed. Yoshidagura Junmai is brewed with 100% local sake rice, Gohyakumangoku, grown by contract farmers. It has a sweet and banana-like aroma with round umami and attractive juiciness. The gentle scent of alcohol gives it just the right amount of sharpness and bitterness, and it clears up nicely. It is a well-balanced sake for all occasions.

A new style of tradition

Revisiting the concept of local sake, they took the challenge to use Ishikawamon rice, developed in Ishikawa prefecture. This rice is very fragile and sensitive to bacteria. Using Ishikawamon rice and Kanazawa yeast, they brew a new local sake "u.yoshidagura". This sake is brewed with the Yamahai method, the speciality of Ishikawa’s Tojis, and has a low alcohol content of 13% vol., adopting the trend of lighter sakes. It has gentle sweetness like pear and fresh acidity like squeezed lime. It is a light and fine Junmai with pleasant umami and the vibrant acidity of Yamahai. Combining the history and innovation, Tedorigawa Yoshida brewery keeps making sake steeped in their history, yet one step further than the tradition.

Write a comment
Trusted Shops Reviews Toolkit: 1.1.5
This website uses cookies, which are necessary for the technical operation of the website and are always set. Other cookies, which increase the comfort when using this website or collecting anonymous statistics, are only set with your consent. See our Datenschutzerklärung. More information
Decline Accept all Configure